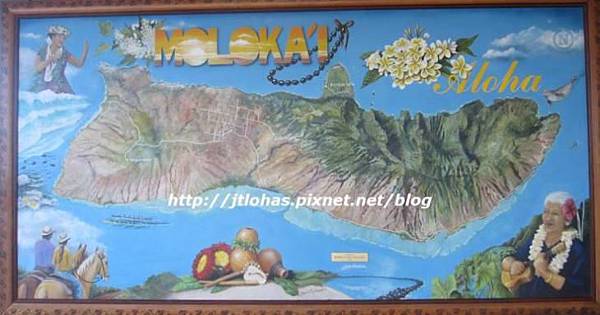 Guess what? R and I are still in Hawaii !!! Instead of Maui, we are in Molokai. The whole trip is full of surprise and out of expectations.

It is an interesting story. Originally, we planned to spend most of the time in Maui since we enjoyed it very much on our last trip in January. Besides Maui, we thought maybe we would just spend a couple of days each in Molokai and Lanai. Here came surprises one after another, which started the first day we arrived in Maui.

We booked a ferry ride from Maui to Molokai that departed at 6:00 pm. The ferry ride got cancelled because of the high waves and strong wind the ferry company claimed. We had to book a hotel room for that night in Maui at the last minute. Fortunately, we got a room, but the room was the noisiest room we ever had because it was on the side of the street. After that, we called the Hotel Molokai to ask to postpone our room at no charge.

The next day, we heard people said the reason for the company to cancel the ferry yesterday was because the motors on the boat were broken, not because of the wind and waves. We called the ferry company to check if they will run the ferry today, they said yes. But you know what? It was even windier and the waves were higher than yesterday.

Oh well, that ferry company didn't give us a nice impression, but too bad, they are the only ferry to Molokai.

R and I decided to watch the famous sunrise on Haleakala in Maui, enjoy some seafood, then see if we still wanted to go to Molokai or not. We booked a hotel right in Kula, the foothill of Haleakala the night before, drove up to Pu'u 'Ula'ula Overlook, the top of Haleakala at 5:00 am the next morning to see the sunrise. The sunrise on Haleakala was the most beautiful sunrise we have ever seen. After sunrise, we drove down to Kula restaurant to have breakfast, with a wonderful view of the village. Also, we had wine tasting in Tedeschi Vineyards, the only winery in Maui.

It finally came to the time we thought we should give Molokai a chance. We took the ferry to Molokai, the evening sailing was horrible and made me sick almost a whole trip, and the arrival time was one hour delayed. When we arrived at Molokai harbor, there was no taxi. A local lady named Sue was there to pick up her family. When her family knew that R and I didn't have transportation, the family asked Sue to drive us to our hotel first. After we arrived at the hotel, we were hungry, thirsty, tired and sick. The hotel doesn't have restaurant, the front desk gave us some pastry and fruit that they serve at breakfast. The next night, R and I went to the restaurant which Sue works at as a waitress. We asked for her table and gave her a very nice tip to thank her for the ride.

The nickname of Molokai is “The Friendly Isle". We felt it from the beginning and on the rest of the trip. Here is the rest:

We joined the Halawa Falls Tour to hike and see the waterfalls, and the Kalaupapa Guided Mule Tour to ride on the mule climbing on the edge of the cliff and visited the remote town on the peninsula. Also, we visited the Papohaku Beach, 3-mile long golden soft-sands, which provides the best sunset on the island. All of those are great and remarkable.

Monday night is the hotel manager's reception night at the hotel bar. We went to the bar and met the manager Michael. We told him the story as I wrote above, and he told us his story how he came here to manage a hotel. Michael and we were having a good time. Michael asked us what our room number was, then he said wait for him, he would see what he could do for us. Three minutes later, Michael came back to the bar, gave us another room key and said “go check the room later and you guys will love it”. R and I smiled to each other, here came one more surprise!

We kept chatting with Michael at the bar, also met some hotel guests who later became good friends to us, like Bob and Brenda. That night, I had the most Mai Tai’s I ever had, which was 5 glasses, so did R. All the drinks were on Michael's treat. A couple of days later, I made a new record - 7 glasses of Mai Tai’s, R got 7 glasses of red wine.

After the happy time at the bar, R and I went to check the new room with the key that Michael gave us. It is an Ocean Front room, on the top floor with a lanai (balcony). The next day, we decided to extend our stay in the Ocean Front room, Hotel Molokai for totally two weeks. We called the airline to change our flight, negotiated the penalty and paid for it.

You may be feeling the same as we were, Molokai is not only a friendly but also a magical island for R and I, surprises came one after another. We would never have though that Molokai, a remote, small, quiet and slow island would be the one that we stayed at the longest in Hawaii.

Bob and Brenda, a very nice couple, are also the highlight of our stay in Molokai. The wonderful and unforgettable friendship they shared with us will be in our minds forever. Bob and Brenda launched a BBQ dinner after their son Robert and son’s girlfriend Chloe flew from O‘ahu to see them. They invited us to the party. Robert is a great cook, he grilled plantain as an appetizer, kabobs with steak, pork, chicken accompanied with colorful bell peppers, sweet pineapple and onions. Everyone had a wonderful time with each other’s company, savory food and a good laugh.

Then it was Aloha Friday night concert at Hotel Molokai. They had musicians playing ukulele, singing and dancing. Some local artists sold souvenirs and hand crafts. We all enjoyed the Molokai time together. Later on, the manager Michael introduced us to his girlfriend Tiffany, who is a lovely Hawaiian lady from O‘ahu. Michael again treated us to drinks and grilled steak, fish and chicken. That was the night R and I made our lucky 7 drinks’ records.

One night, Bob and Brenda invited us to dinner at the lanai in their kitchenette room. As we already guessed where their son Robert got his cooking talent from, Brenda cooked us a tasty Philly cheese steak meal, with chips and guacamole and salsa. Bob is a great story teller; we love to be his audience. All of us had a wonderful time on their lanai with a great dinner, candle light, and Hawaiian ocean breeze. The conversation we had was no limit, led by our hearts freely, all about experiences and stories, happiness and worries, understanding and encouraging, and so on. The memories our friends shared with us are precious.

The day Bob and Brenda left for O‘ahu, R and I said goodbye to them, saw them drove away. We could not help feeling so sad with tears. 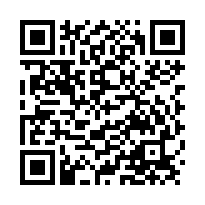